There’s nothing quite like soaking in the live moment of 10,000 offkey voices simultaneously singing along to their favorite song. Concerts stand as a favorite pastime for many, and outdoor concert venues draw in swelling crowds each summer. According to statisa.com, even when 2020 saw a plummet in concert attendance and ticket sales, 13.4 million people still caught a live music show. In 2021, during the summer surge of the COVID-19 pandemic, concert sales even broke new records. After a chaotic couple of pandemic years, as the world reopened and life found echoes of normality, popular bands launched back into touring and concert venues reopened to the public.

Live music has always captivated large audiences, and some fans even follow their favorite bands on each stop of a concert tour. You want to freely enjoy your favorite artists perform live–there’s a magic in live music that recorded tracks don’t quite capture. But what happens when alcohol, energetic music, and the hyped-up throngs collide? What if you suffer severe injury at a concert venue? What should you do, and how can you protect yourself?

An NIH study of rock concert first aid stations found that at 405 concerts, there were 1,492 patients who required medical attention. Overall attendance, temperature, and location played a minor role in injuries, but the real variable seemed to be musical genre. For example, you’re less likely to suffer an injury at a classical symphony performance than at a punk rock or heavy metal show. However, traumatic injuries and cardiac arrests accounted for the most severe patient complaints, and the study found that genre had no bearing on these events.

Most concert venues regulate the size of the crowds in attendance, meet fire and safety regulations, and employ medical and security staff to help manage any incidents that occur. However, concert venues have also been the stage for tragic events. Some of the worst concert venues situations throughout the years include:

Most concert venues take audience safety very seriously, but accidents can still happen. These are just a few instances of concerts that ended in heartbreaking tragedy.

While the above examples highlight collective tragedies at concert venues, these incidents are rare. Nonetheless, people can suffer individual concert injury or illness, too. Some of the most common injuries at a concert venue include:

How to prevent injury at a concert venue

You may not have complete control over whether or not you experience an injury at a show, but you can prepare yourself and hopefully avoid trauma. What to do if you’re injured at a venue

If you do have the misfortune of suffering an injury at a concert venue, there are steps you can take to ensure you receive treatment and are compensated for any trauma inflicted. You may want to:

You don’t have to avoid the fun of visiting a concert venue, but you should prepare and protect yourself from the chaotic scenarios you could experience. 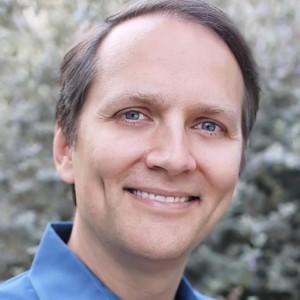 There’s nothing quite like soaking in the live moment of 10,000 offkey voices simultaneously singing along to their favorite song. Concerts stand as a How Workplace Safety Regulations Can Affect Your Personal Injury Claim

If you’ve been injured on the job, you will quickly learn that filing a claim is a complex process. Workers’ compensation insurers are not How to File a Claim Against an Uninsured Driver

Having auto insurance helps you feel a little bit safer behind the wheel. Although it can’t prevent accidents from happening, insurance coverage can help