Bus accidents can be catastrophic and cause severe injuries to the many potential individuals that might be involved. Since several parties that could be involved in a this type of case, a lawsuit could be complex and take months, if not years, to complete.

Negligent parties and their insurance companies often fight to limit any compensation paid out to an injured individual, even if the negligent parties are obviously responsible for the accident. An experienced Fort Wayne bus accident lawyer could help fight for the compensation you deserve following a severe accident. Therefore, it is highly advisable that you work with a personal injury lawyer based in Fort Wayne to improve your chances at a favorable resolution.

The circumstances surrounding a bus collision are different from case to case and typically differ between injured individuals involved in the same accident. For instance, each individual on the bus at the time of a crash might experience different types of injuries. The compensation recovered in a common carrier accident injury case should help injured individuals get to the same place financially that they were in before the wreck.

In some cases, injuries might be so severe that the injured individual requires years or a lifetime of medical care, so it is important to understand the extent of one’s damages before agreeing to a settlement. A Fort Wayne attorney could evaluate a claim to help determine the potential damages available to someone in a bus crash.

Under state law, governmental entities and their employees generally enjoy an exemption from lawsuits when they act within the defined scope of their job duties. However, if a government employee acts in a reckless or otherwise wrongful manner, they might be subject to liability in a lawsuit. A Fort Wayne attorney could evaluate a case to determine the potential legal options for recovering damages after a bus wreck.

If you or a close loved one sustained a severe injury due to the negligence of a bus driver, manufacturer, or owner, you could have grounds for civil compensation. You must begin building a strong case following an accident because large companies, government agencies, and insurance companies do not want to pay you fair compensation for your injuries. A knowledgeable Fort Wayne bus accident lawyer could guide you through the legal process and fight for the compensation you deserve. Call today to discuss your case. 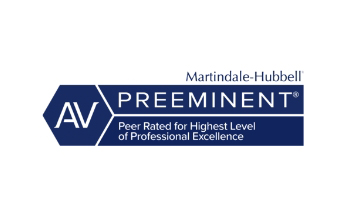